IACS is indebted to many cryospheric scientists who helped the former ICSI to become the eighth IUGG Association in 2007. H. Gerald (Gerry) Jones, however, deserves particular recognition for having promoted and facilitated this change wholeheartedly and with great dedication.

Gerry became ICSI President Elect in a crowded room at Birmingham University during the 1999 IUGG General Assembly. At that time, he might not have envisioned the tremendous amount of work and requirement of commitment that lay ahead of him. At the IAHS Scientific Assembly in Maastricht, the Netherlands, where he took over the ICSI presidency from Liz Morris, Gerry already was “feu et flamme” and enthusiastically promoted the idea of a Cryospheric Association as part of the IUGG. This was convincingly expressed, for example, during the ICSI Plenary, when he personally addressed Kuni Takeuchi, at that time IAHS President.

Gerry then started to work relentlessly towards the establishment of an IUGG Cryospheric Association. Gerry’s amiability and communicability supported him on this long road. With the help of ICSI Secretary Georg Kaser and Roger Barry, a proposal for an International Association of Cryospheric Sciences was submitted to the Council of the 2003 IUGG General Assembly in Sapporo. The proposal was the first step towards an interim goal, namely the creation of the Union Commission for the Cryospheric Sciences UCCS in 2005. Gerry became its first Immediate Past President. One more step was to develop statutes and bylaws before gaining the status of a full IUGG Association. Gerry again employed his talents, expertise and meticulous attention to detail to draft statutes and bylaws for the new Association. His work resulted in IUGG revising its own statutes based on Gerry’s draft.

In 2007, at the IUGG General Assembly in Perugia, UCCS Immediate Past President H. Gerald Jones could step down, knowing almost with certainty that the IUGG Council would accept IACS as an eighth Association within its organization.

IACS would not be present in Melbourne without Gerry’s unselfish and untiring commitment. This alone warrants awarding Gerry IACS Honorary Membership. Many of us, however, would also do so for having shared unforgettable moments with Gerry, times at which not only Cryospheric Sciences were at the centre of the discussions. 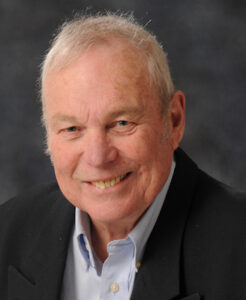